Let’s be honest right up front: P.T. was never meant to be anything more than just a “Playable Teaser”. It’s gameplay, themes, and/or content are not an indication of what we’ll see in the next Silent Hill game. Although, I hope we see most of these things in the final game because P.T. was a scary experience. And with that, I want to warn you that this article may have spoilers, so you’ve been warned.

P.T. was playable at this years Gamescom alongside the announcement that Silent Hills was confirmed to be jointly developed by Hideo Kojima and Guillermo del toro. Most teaser trailers these days are 30 second target renders of gameplay the developer hopes to achieve. The fact that P.T. was actually playable and available to the public is a huge step forward. Imagine if every developer did this for their upcoming IPs. I think the dev’s could build some serious moment for wanting their final product and that’s really how I felt about P.T. after playing through it.

P.T. play’s a lot like a point and click game of ye olde Windows 95 era. Or perhaps a step up from that to the D style games from the original Playstation. The controls are very basic and a bit sluggish: look around, move about, and zoom in are the only actions you have at your disposal and this might be one of the reasons why P.T. is so scary. You don’t have a run button or any kind of weapon. You get to leisurely walk around a creepy ass house while lights flicker, bugs scamper about, and sounds keep your brain on edge. P.T. also reminded me of D style games because you have to touch, or zoom in, on certain objects to get the game to trigger it’s next set of scares. There was one such occasion where I checked a locked door and another door creaked open behind me. It’s quite a freaky thing to hear the eerie soundtrack playing in the background and the sound of a creaking door opening behind you. It’s an old kind of fear we’re all too familiar with from our childhood. Those visceral thoughts of something dreadful behind you that crawls up your spine and forcefully makes a home within your brain. For me, this is the definition of scary.

P.T.’s UI presentation is as basic as you can get, though I appreciated the inclusion of vertical view inversion because that’s how I roll. There is no health bar or any other UI element on screen. You’re just dropped in a realistic looking house to explore it’s horrors. The visuals of P.T. I felt were very realistic and that honestly helps it’s creepy factor in a big way. The environment didn’t feel like a game but rather like a home video left behind by unfortunate victim of the horrors that lay ahead. Everything had a photo like quality to it, especially the textures of the random objects strewn about the ominous house. The visuals definitely set the tone but it’s really all things compiled together that create a believable atmosphere. P.T.’s sound design is as basic as it’s UI but that in itself isn’t a knock or a negative mark. It’s this back to basics approach that really startled me. A simple thud or creaking goes a long way in activating my imagination. Like the visuals, I would say the sounds “felt” realistic.

P.T.’s story is as foggy as Silent Hill’s streets. An eerie news bulletin plays on a radio giving some semblance as to what transpired in the house. A man systematically murders his wife and kids in a horrific slasher movie fashion. Beer cans and bottles are scattered around indicating someone had a bit of a drinking problem. There are family photos promptly displayed describing a happier time for this family. I think it’s left up to the viewer to interpret what it all means.

I played through the first portion of P.T. and “died” at the end. I’m not sure if you have to die or I just didn’t do what I was supposed to do but either way when the game reloads, you find yourself back in the house but things are different, darker. It felt like a “round 2” where the player has to get out of this dreadful hallway. So there appeared to be replay value here with new scares. That said, the canned “jump” scares will definitely lose their effect after the first, raw, playthrough.

I’m eager to play P.T. again. I’m a huge fan of the Silent Hill series and if Silent Hills turned out to be similar to P.T., I wouldn’t mind one bit. It reminded me of a time when games had a sense of foreboding mystery to them. Almost like an interactive book of sorts where you get to actively imagine what’s going on. Obviously, I still would want a proper Silent Hill experience but we’ve played that type of game many times before and if I’m being honest, the last one stunk. 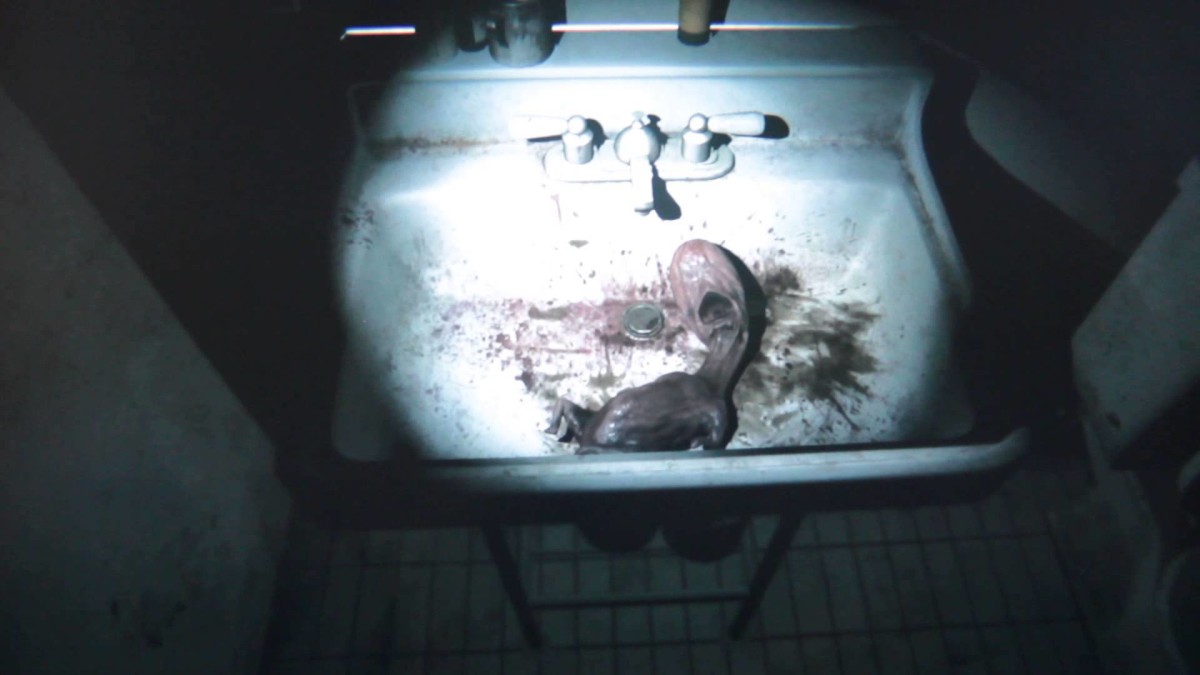 Truly visceral and creepy scares, Photo realistic environment, Sounds designed to crawl into your brain, Left me wanting more, Reminded me of older games like "D"